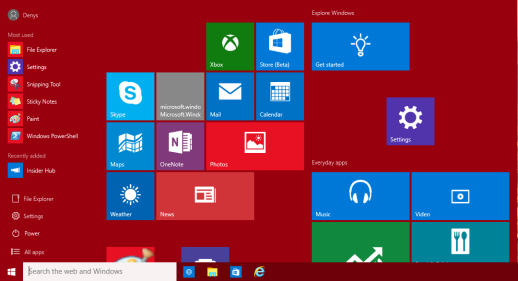 I’d like to tell you why the new version of Windows will be another failure. In my view, the cause is Microsoft’s greed. We’re already accustomed to every odd version of Windows being extraordinarily useful (98, XP, 7, etc.). In the case of its 10th version, Windows will face another fiasco. I guess it’s fitting that version 9, which should have become a balm to its users’ brains, was skipped (perhaps unconsciously).

To understand the heart of the problem, we’ll look not only at the PC market but also what’s been going on in the world in recent years.

Yep, we’re talking about Apple and its dizzying success. Their success is so stunning, that everybody feels obligated to repeat it. To do this, you need nothing more or less than to get a device, make a store for it, and fill the store with apps. In the end, you get revenue from selling apps in the store, search on the device, and device licensing/sales. In general, if you want to achieve Apple’s success, then copy what Apple does.

Microsoft has already succeeded many times by repeating others’ actions (Office, Xbox, etc.), but this time it has outwitted itself. At the time Apple was cloned, the most popular and successful platform was (and perhaps remains) Windows. All that needed to be done was to augment Windows 7 with its own integrated store, where any user could buy an app with a single click (without sending his or her personal information to an unknown vendor).

As for buying Windows apps, it is an uninterrupted pain in the rear. You have to fill out unfamiliar forms and are left to wonder what will happen with your email address. Vendors have to maintain high prices in order to compensate for payment processing expenses and a small number of customers due to the difficult payment process. Creating a convenient store for vendors and the ability to embed the store within apps would sent an endless stream of money into Microsoft’s pockets. But…

Greed will get the best of us. Indeed, the old platforms had alternative sources of sales, and vendors could choose to sell independently or through the Microsoft store. Greed blinded logic and reality, and it was decided to make something new – and then force everybody to move to the new thing! Thus, the wretched Metro touch apps were concocted. But because nobody had any use for these apps, they compelled people to use them by hiding the standard applications and shoving Metro apps to the forefront.
All users were forced to use the Windows 8 menu. The main objective was to introduce a “new concept” and coerce folks into purchasing the new apps. The response to this innovation was the widespread emergence of alternatives to the start menu, which were immediately installed on a clean system.
After this failure, the Windows 8 top brass decided for some reason that the root of their problems was an insufficiently convenient menu. A supposedly more useful version, 8.1, was released, which still forced us to use Metro apps.

In Windows 10, we again see an attempt to foist the use of Metro apps on us. In fact, Microsoft has established a goal of increasing revenue from the sale of Metro apps and search. What goal do we ordinary users have? Right! Getting our work done as conveniently and comfortably as possible! Because the goals of users and the company contradict each other, we will become witnesses of another epic failure. Unfortunately, Microsoft has not learned from its mistakes and continues to insist on its own way. It’s even willing to distribute Windows for free.

P.S. In distant 2013, I purchased a brand-spanking new ultrabook with a touchscreen. My mind was boggled when I learned that it didn’t have a GPS unit. To the people who feel users will find it convenient to hold a one-kilogram notebook and poke it with their finger, but that users won’t need GPS – what’s going on in your brain?!

Now it’s 2015, but there are still very few notebooks with GPS. But they all have a touch screen.